Mobile payment has been a lifesaver for so many restaurant brands over the last eight months, when keeping physical contact to a minimum has been the order of the day. In this Fast Casual Executive Summit session, four restaurant leaders mull over the future of payment, mobile and otherwise. 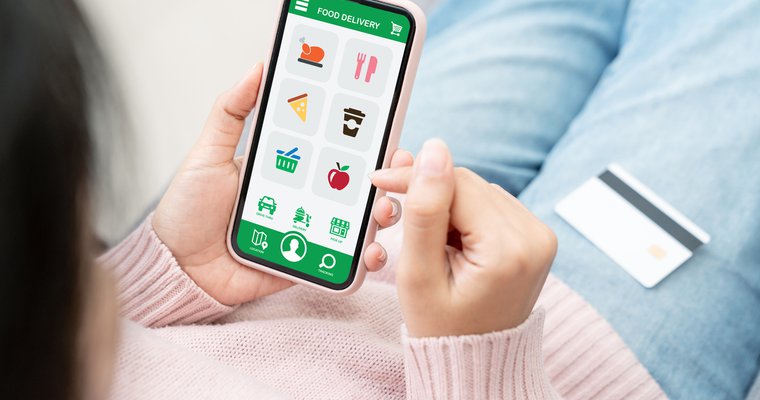 Could restaurant customers be moving away from kiosks and toward mobile payment for in-store transactions? And how does mobile pay affect ordering behavior?

The restaurateur panelists taking part in the 45-minute discussion included:

All four restaurant brands use at least one form of contactless payment in their restaurants and all said their brands had either always used contactless forms of payment or began using them in advance of the pandemic.

But Levzow said the pandemic has been like fuel to the restaurant technology fire.

“We (Del Taco) actually started testing it … pre-pandemic and I’m glad we did because it has just taken off and continued to grow … as we’ve seen across the entire restaurant industry. …

“It (the pandemic) has actually accelerated restaurant technology … and it’s been interesting to watch how fast mobile tech has sped-up, just since March.”

At Coolgreens, Madlener told the virtual room, filled with about 70 session participants, that the chain first activated online payment — of which he counted mobile payment as one form — in mid-2018 and customer use has grown steadily ever since.

Madlener said the pandemic itself has not necessarily changed the rate of mobile payment growth much. Instead, he said it has elevated the use of all forms of online transactions, including mobile payment, across the board.

The most dramatic results with strictly mobile payment and all online payments among the restaurant brands, was perhaps relayed by Junzi Kitchen’s Zhang. He said the use of mobile payments at the brand’s five northeastern U.S. stores came in three stages, beginning with initial use by customers strictly as an alternative to their other regularly used forms of payment.

Next came the expansion phase of greater mobile payment use across his customer base. Lastly, the brand entered its current growth phase with mobile, where Junzi Kitchen leaders are working to increase customer engagement through this and all its online transaction options.

“Mobile payments increase the average (time) of transactions by 10 seconds per customer than cash.… But there’s still a lot (of customers) who prefer traditional payments, so the overall difference in times is not that great now. …” he said.

“But, prior to COVID, 80% of our sales were from walk-in customers. … Now we are seeing that 80% of business is online because of the pandemic and we do see the transition to mobile has become much easier than it was before. People have put it as a priority right now.”

Maras also queried the restaurateurs about their use of kiosks, which prompted some interesting discourse between Starbird’s Noveshen and Coolgreens’ Madlener, whose brands have had different experiences with this largely store-centric payment option. In fact, their experiences provided some potentially early signs of a possible face-off between kiosks and mobile payment as most popular restaurant transaction options in the not-too-distant future.

At Coolgreens, Madlener said the company has installed kiosks at a “few” locations as a way of alleviating pressure on store lines for service. But he said overall usage of the technology, as well as a recent customer interview around the subject, have underlined the potential that mobile pay may start pushing kiosks out of stores.

“It’s not uncommon to see people in line when the (in-store) line was long, who then pull out their phones and place an order that way and then go sit down and wait until it is delivered to them,” Madlener said, recalling a customer who he saw do just that the other day whom he then decided to press for more details.

“So I asked her why and … she said, ‘Once I got there and saw the line, I just ordered online because I knew it would be ready to go in a few minutes.”‘

Conversely, at Aaron Noveshen’s Starbird locations, where stores have been fully closed to in-restaurant customers since the pandemic began in the U.S., the use of kiosks installed just outside at one test store has gone so well, the company is now adding the devices systemwide.

“We haven’t let anyone in our restaurants at all (since the start of the pandemic in the U.S.)… and we added a kiosk outside and put it out as a test and observed consumer behavior,” he said. “We had an incredible response … so we’re putting them in all our restaurants as a result of that test. …

“So there are a lot of ways to order … like pulling out a phone, but we don’t see that happening as much though. … There’s still a large wave of people who don’t want to deal with that, they’d rather use the kiosk.”

Before the conversation ended Wednesday, some of the restaurateurs turned in some thoughts on the results that are making mobile payment options not just a pandemic-era imperative for restaurant brands, but something of a tonic for bottom-line sales growth, too.

For instance, at Del Taco, Levzow said they’ve been floored to realize that for mobile orders the check averages are coming in 20% to 25% higher than they are in-store. While at Junzi Kitchen, with many of its units in the very regulated New York restaurant environment, leaders are eternally grateful that all those pre-COVID-19 walk-in customers have adjusted so well to be online customers now.

In fact, those phenomenal after-March mobile adoption rates pleasantly surprised all on the panel.

“The only real thing that’s surprising is the adoption rates,” Noveshen said of Starbird’s success with mobile ordering. “Mobile is just about convenience and a new way to express ourselves to the consumer. … But we have been surprised at how fast it has taken off.”

“It has more than enough paid for itself,” Levzow said. ” Like anything, there were hurdles and ramp-up time. … But, the speed of throughput when they order on the phone is fantastic. … ” she said. “So for the last seven or eight years, we’ve been saying mobile is coming on. … But in the end, it’s really about the customer journey and where ever the customers wants to connect with you is where you should be.”